Home » You Better Believe It: Surgery Without a Single Incision

You Better Believe It: Surgery Without a Single Incision 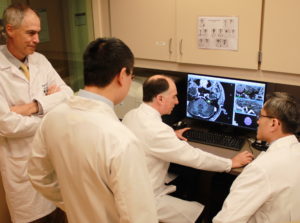 In honor of April Fool’s Day, we’ve debunked another myth in neurosurgery, and the truth may sound too good to be true. But we’re here to tell you, this truth really is that good.

Myth: Surgery always requires an incision on the body.

Fact: For some patients, a safe, noninvasive procedure called Gamma Knife radiosurgery can treat their condition without a single cut.

At Columbia, the model is not to have just one radiosurgery expert. Everyone who operates on the brain should be an expert in radiosurgery for the specific conditions they treat, explains Dr. Michael Sisti, Co-Director of the Center for Radiosurgery at Columbia University Irving Medical Center/NewYork-Presbyterian Hospital. For example, Dr. Sisti is an expert in acoustic neuromas and has the expertise to use Gamma Knife radiosurgery to treat patients with this and other conditions. 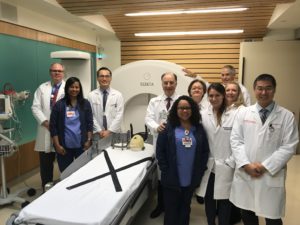 And all our neurosurgeons work with a team of Gamma Knife experts, including Radiation Oncologists Dr. Tony Wang  and Dr. Simon Cheng , and Nurse Practitioner Maryellen Horan, the Gamma Knife Center’s Program Manager.

Many of our other neurosurgeons are also experts in Gamma Knife radiosurgery. Department Chair Dr. Robert Solomon is an expert in a blood vessel condition known as arteriovenous malformation (AVM) and has the expertise to treat AVMs with Gamma Knife. The neurosurgeons below also use Gamma Knife.

Gamma Knife works by focusing 201 beams of gamma radiation with pinpoint accuracy at a specific area of the brain to treat the condition. Gamma Knife radiosurgery can be performed on adults all the way down to children andbabies. Our neurosurgeons use Gamma Knife to treat a variety of conditions, including arteriovenous malformation (AVM), acoustic neuroma, brain tumor, trigminal neuralgia and Parkinson’s disease.

For certain conditions, like cancer that has spread (metastasized) in the brain, Gamma Knife radiosurgery has become a welcome alternative to previous treatments. “It’s extremely effective in metastatic cancer, both in terms of relief of symptoms and control of disease,” says Dr.  Sisti.

At Columbia, we’ve been treating patients with Gamma Knife for more than 20 years. And before Gamma Knife, our neurosurgeons used an adapted linear accelerator (LINAC) machine to treat patients with radiosurgery.

“We’ve also adapted the new changes [in Gamma Knife] as fast as possible,” says Dr. Sisti. The Center has undergone several multimillion dollar upgrades, like when it ushered in the state-of-the-art Gamma Knife Perfexion System. The latest upgrade was a $2 million Leksell Gamma Knife ICON system in 2017. 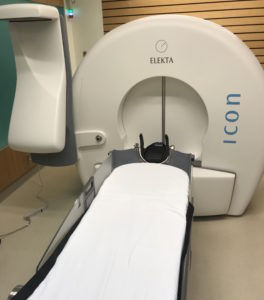 With the latest ICON system, patients can benefit from the frameless mask option. Previously, the only way to hold a patient’s head in place during treatment was with a special box-like frame that was secured to the skull with screws. Although the pain could be managed well, the frame could be uncomfortable and limited the range of conditions that could be treated. For example, patients with large tumors could not be treated with the frame. With the frameless mask option, more patients than ever are eligible for radiosurgery.

Ultimately, Gamma Knife allows patients to be treated with a noninvasive approach. Take, for example, Dr. Bruce’s patient Jennifer. She had a tumor surgically removed when she was in highschool, but when a small amount of tumor grew back, she was treated with Gamma Knife radiosurgery. (You can read Jennifer’s full story here.)

The goal of Gamma Knife radiosurgery is not to replace traditional surgery, but to complement it, and ultimately serve as another tool in a neurosurgeon’s toolbox. “There’s always going to be a role for surgery,” says Dr. Sisti. For example, a patient may undergo surgery to remove a brain tumor. But if the entire tumor cannot be safely removed, radiosurgery can be performed to treat the remaining tumor.

Although Gamma Knife radiosurgery helps many patients, not all patients are eligible. This treatment option must be discussed with your neurosurgeon to determine whether it is right for you and your condition. 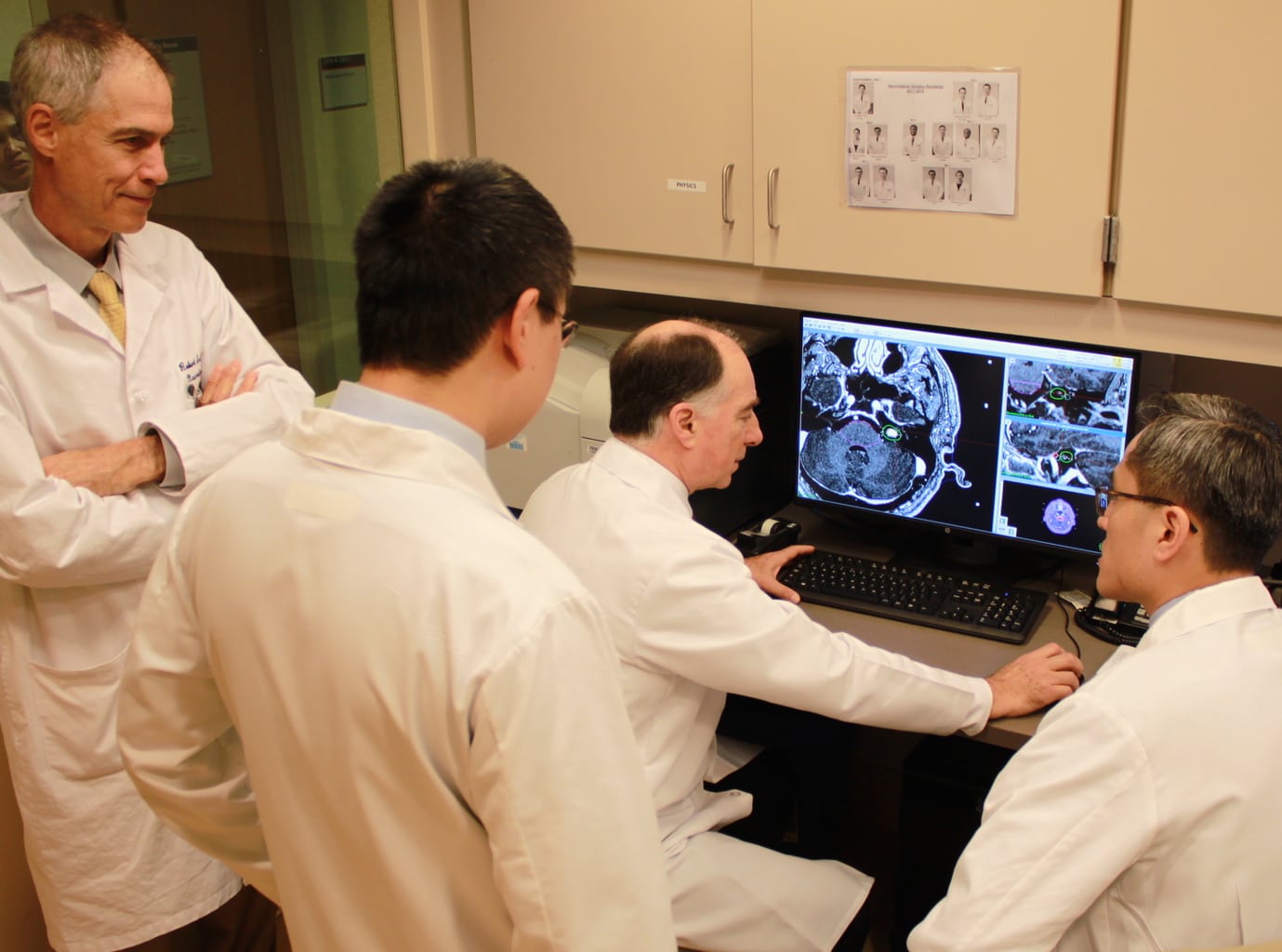