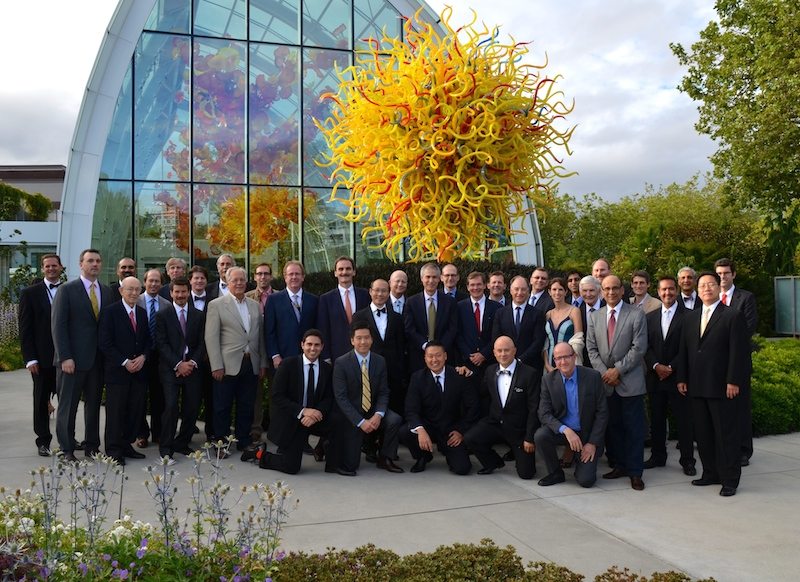 This summer, several senior members of the Columbia Neurosurgery group took part once again in the annual SUN conference. SUN, or the Society of University Neurosurgeons, was established in 1965 and includes program directors, department chairs, and academic leaders in the field of neurological surgery.

The group gets together every year for academic discussions, scientific presentations, and scholarly lectures, alternating years at medical universities in the United States and internationally. This summer, they hosted their 47th annual meeting in Seattle, Washington and three of our neurosurgeons were highlighted.

Dr. E. Sander Connolly from the Cerebrovascular Center gave the Presidential Address, and Chairman Dr. Robert Solomon was given the Distinguished Service Award, and . Dr. Richard Anderson from the Pediatric Neurosurgery Center gave a talk titled A simple idea: growth can occur at the craniovertebral junction after rigid internal fixation and fusion in young children.

SUN has over a hundred members from the United States and internationally, and Columbia University has long been well represented in the group. Past and present SUN officers have included Dr. Robert Solomon (President, 2008), Dr. Jeffrey Bruce  (President, 2009), and Dr. E. Sander Connolly (President, 2014). Other members include: Dr. Michael B. Sisti, Dr. Donald Quest, Dr. Sean Lavine, and Dr. Guy McKhann.