Home » Introducing NeuroSpiral for the iPad

Introducing NeuroSpiral for the iPad 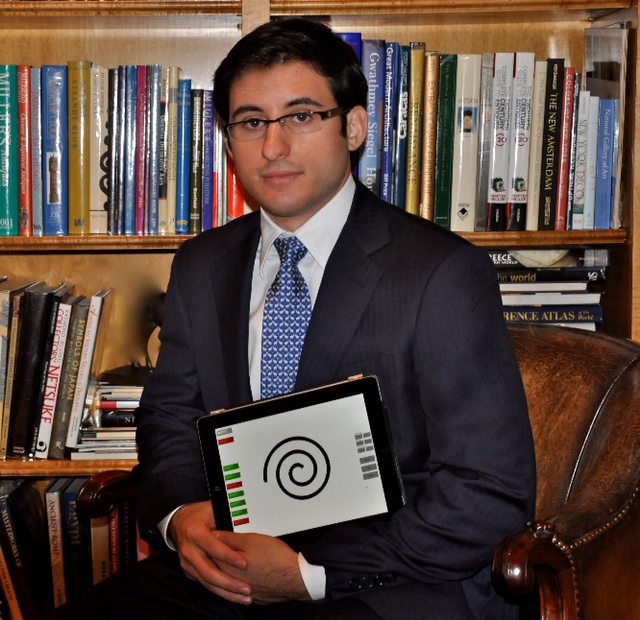 We are proud to introduce the first iPad app affiliated with Columbia’s Department of Neurosurgery–Neurospiral.

The app, which can measure tremors and hand-eye coordination, was created by Jonathan Sisti, the son of Brain Tumor specialist Dr. Michael B. Sisti. Jonathan developed the app with the help of Dr. Guy McKhann from the Epilepsy Center.

“The Neurospiral app is based on the Archimedes spiral test that doctors have been using for years,” says Jonathan. “The test is simple, the patient traces a spiral, usually on paper, and their doctor assesses how long it takes them to perform the task as well as how much they waver from the line.”

Jonathan learned about this kind of neurological paper test from his dad, neurosurgeon Dr. Michael Sisti. He also says he and his dad often talked about computer games that could be used for medical purposes.

Jonathan had the opportunity to put some of these ideas into action while pursuing his undergraduate degree at Columbia University. “I was working for Columbia’s Department of Civil Engineering and making video games a couple of summers ago,“ says Jonathan. “We used this game engine called Unity that allows you to build iPad apps. One of the things we were working on was a drawing app.

I knew that Dr. McKhann was using the iPad a lot with his patients. I asked him what kinds of tests he would like to see on the iPad. He showed me a video of the Archimedes Spiral test and I knew I could create that on the iPad.”

Soon after, Jonathan teamed up with Columbia Technology Ventures to create neurospiral. When the app launched last summer, it was only the 2nd iPad app that Columbia had licensed at the time.

Having this test on the iPad is very convenient for physicians and it makes the test itself far more powerful. The information is quantified and trials can be compared. It is especially useful to assess patients for hand tremor before and after surgery. Patients can also use the neurospiral app at home for testing or to practice their hand-eye coordination on their own.

“Right now the neurospiral app is in the beta stage and I am very excited that we can offer it for free,” says Jonathan.

As of yesterday, January 14th, there have been a total of 1413 downloads and the app has been rated in the top 20 free medical iPad apps. Columbia just released it’s first update for the app, with an accelerometer and more testing features. Check out Neurospiral on iTunes.

Jonathan says this is the first of many apps he has in mind, including a pro-version of neurospiral that syncs wirelessly to the cloud. Now a graduate of Columbia University where he majored in applied mathematics with a pre-med concentration, Jonathan has just been accepted into Medical School. 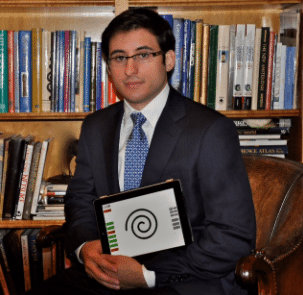