We are happy to announce that we, once again, have a major presence on the list of Neurosurgery ‘Super Doctors‘ in the New York Metro area.  Columbia’sDepartment of Neurosurgery has seven of the 35 neurosurgeons on the 2012 roster.

Featured in the New York Times Magazine, the list of Super Doctors are peer selected and presented by Key Professional Media.

The neurosurgeons from Columbia’s Department of Neurosurgery who made the list include:

Congratulations to all our Docs! 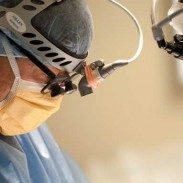